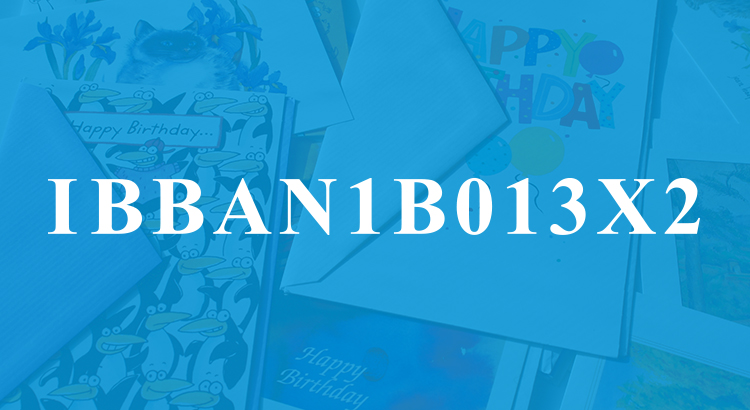 This project came out of a need to simplify and systematically organize hundreds of thousands of files at a greeting card startup company. I'm including this project because it helps showcase my organizational skills and how I developed a system for maintaining those files with 30+ graphic designers. Specifically, these files were used in a live greeting card editing system. I had to develop a consistent naming convention that would allow a program to pull a file and all its related elements for the user.

A new greeting card company began developing designs for a live editing feature online — a tool web visitors could use to select and edit varying types of greeting cards for purchase. The company hired many designers to achieve this, but the designers were creating files with no clear direction on how to name the files, where to save them, or how to plan for future growth. The workload was all completely new.

I was hired as one of these designers who suggested the following system of organization, and as a result was promoted to overseeing the entire design team.

How The New System Works

Our goal was to reach a specific amount of greeting card designs per day with varying types of occasions and themes. With 30+ designers, we were able to create a large amount of files every day, so first I had to develop a system for what to name these files so we could easily track them.

Previously, there was no consistency, so designers could name their files whatever made sense, yet not ideal for saving time or organizing. For instance, an invitation for a boy's birthday party would be called "Boy-Birthday-Party-Animals-Invite-withPhotos." This provided most information, but lacked important details about the file that was necessary for management, the printers, and the programmers. From start to finish the following was needed to know from reading the file name:

This clearly couldn't be written out in every file name (though it was at one point), so I developed a system for naming the files using an alphanumeric code. I declared specific abbreviations and stored them for reference so the designers could use them to name the files consistently — and in a way that was usable for the programmers and printers.

2. Making Sense of the File Names 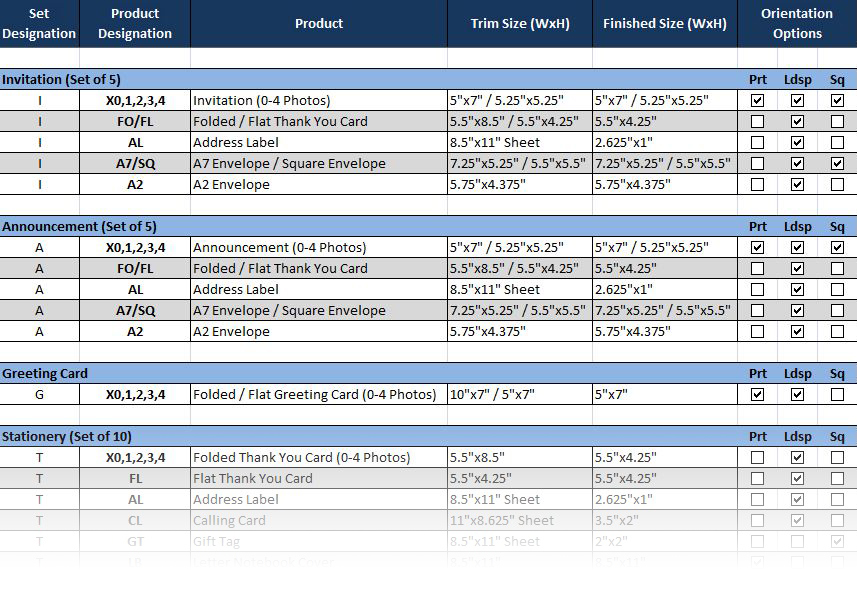 The new file naming system was great for maintaining consistency and holding a lot of information, but obviously wasn't easy to read. For helping to decipher these codes, every department was given a list of codes maintained in a spreadsheet. This is also how I tracked our progress and totals.

During file creation, we needed a process for reviewing designs, approving them, and then providing them to the developers and printers.

3. Organizing on the Server 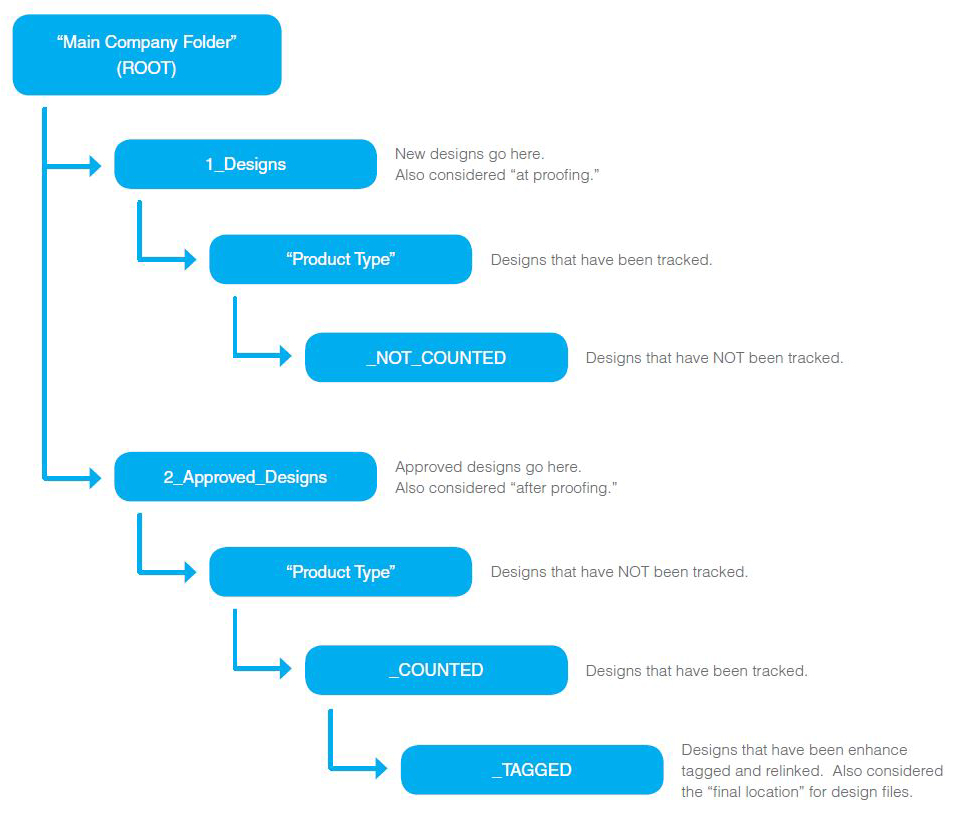 At various points in the development process, designs had to physically be reviewed and moved according to their approval status. After approval, files were moved into a final destination folder designated for the printers and software team. The development team would use the file names to match items in design sets. By using the first 10 characters in the file name, if a user selected a particular invitation design, its matching elements would automatically be pulled for purchase and printing.

For example, a baby shower announcement for a girl, code ABAGI, designed by designer 4A, number 8 in their quota, would pull these items for the design set:

Since these alphanumeric codes were referenced in a document, file names could be anything as long as they were recorded in the spreadsheets. This system also allowed for future growth.

Using an alphanumeric file naming system, the company was able to:

Receive my standard logo package at a discount rate!

The web packages provided offer standard web development including the foundation of the site and all it’s standard webpages.

Examples of Features NOT Included

These types of feature requests will be considered standalone projects after the site is complete. These additional projects may also require third-party tools that have outside costs beyond my own. A quote will be provided based on your individual needs.

Standard web pages are considered informational. They provide content and information about your business or organization. They do not include other functionality such as user account logins, payment forms, shopping carts, etc. Those types of items can be created as separate standalone projects as needed.

To make things easier for my clients, I’ve provided a Pay-As-You-Go web package option. This option allows for a much lower deposit and also includes ongoing services. The monthly fee continues for as long as your site is active.

General web maintenance includes regular 6-month updates to your site. Web standards, browsers, and coding languages are constantly evolving which means your site will need updated to stay current with these changes.